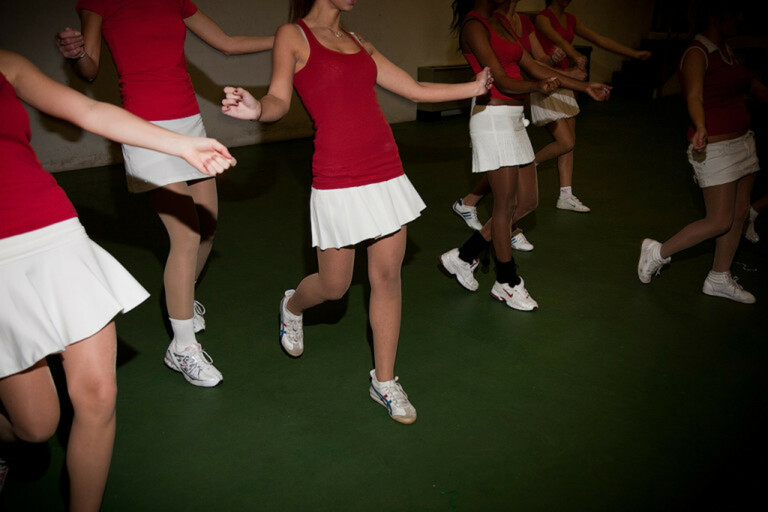 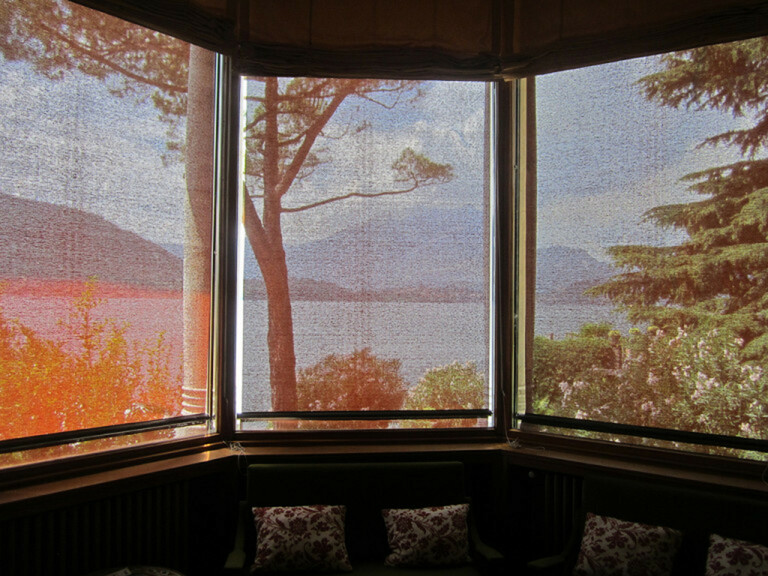 How and when did you take up photography?
«In 2015, when I started working as a producer for an advertising photographer».
Can you speak of the photographs selected by Alidem? Let's start from Brooklyn…
«In 2013, I spent few months in New York to attend the International Center of Photography. The city, the ICP classes, the exhibits, the photography workshops – all encouraged me to go back to a more spontaneous and less “publishing-focused” way of shooting. Brooklyn is the part of the city I liked the most, because of its European vibes. In Brooklyn, exhibits, events and meetings with authors are much more informal and relaxed than in Manhattan. The spaces are wider and one can really focus on the subjects, using natural reflections to obtain pictures that look like multiple exposure shots».
What about Bulgaria?
«In 2009 and in the following two years, I often travelled to Bulgaria to realise Witnesses of Stone - Monumenti e architetture della Bulgaria rossa 1944-1989, published by Ponchirioli Editore in September 2011. The book is a reportage on the Bulgarian monuments of the communist age. To find them, we drove along all of the roads of the country – dirt roads included – and got to the most remote villages, where the children playgrounds still look like the ones we used to go to in the small Italian town where I grew up».
How was Cheerleaders born?
«For a few years, I worked as a freelance photojournalist for Italian magazines and newspapers, looking for unusual stories to turn into reportages. This is how I came across the first team of cheerleaders in Milan, a group of gingery girls who mainly come from Brianza, the suburban area north of Milan. I was there during their training and for their first performances, I felt their enthusiasm in the changing rooms and got really nervous looking at their rotations in the air! When I look at this picture, I still feel all the energy of the training sessions, in those gyms surrounded by the fog of Brianza...».
Lierna is nearly poetic…
«In 2014, I went back to Italy with lots of ideas and projects. One of these involved two other girls, and together we spent many afternoons talking and dreaming about the future. We wanted to make Milan a better place for photography, to organise exhibits and events, to bring the latest online innovations to the real world, and to get more people to appreciate photography. A day trip to visit some friends in Lierna (Lecco) made us reconsider most of those dreams, bringing us back to reality. We never saw each other again after that shot».
Lastly, Montesilvano.
«An off-season Montesilvano, five years after my last visit. A friend who leaves too early and a last-minute booking to have a late goodbye. A hotel too big and too decadent for this unexpected trip, two chairs roughly arranged around a table: who left without putting the chair back? These photos are filled with the melancholia of those days, the void that remains when people leave and there are no more swimsuits hanging out in the sun, no flip flops, no wet towels. Life, the other one, goes on, and reminds us to be patient: someone else will come and sit on that chair».
What does photography mean to you?
«To me, photography is the most present past we have».
What about your technique?
«I mainly work with a professional reflex camera. In my previous job as a photojournalist, quickness was essential, and even now I usually set the aperture-priority mode with a 1/3 under exposure. This way, I can still have a good depth of field. If I don't have a tripod or the light is not good enough, I usually set a 2 stop under exposure and work on the ISO, trying to avoid a too high setting that could make the image noisy. As I work on reportages, I prefer wide-angle lens over telephoto lens».
Are you inspired by any photographer/artist, either from the past or present?
«At the beginning of my career I used to study the books by Eugene Richards e Michael Ackerman. Later, I developed an appreciation for Stephen Shore, Joel Sternfeld and Joel Meyerowitz».
What are you working on at the moment? Any future plans?
«In the last two years, I have studied the relation between photography and social media. I have shared the outcomes of my research online and I have been invited to take part in talk shows and public events. The projects I'm working on now have a similar focus: a communication strategy that allows one's virtual identity to develop through a photographic narration».
Interviews