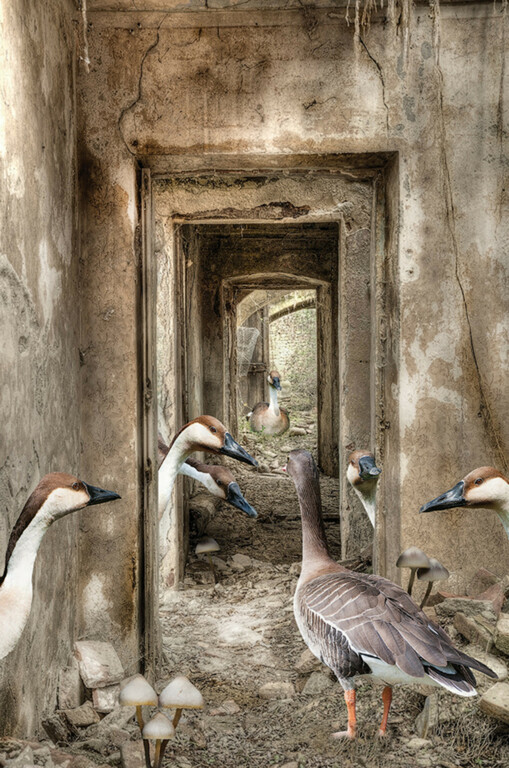 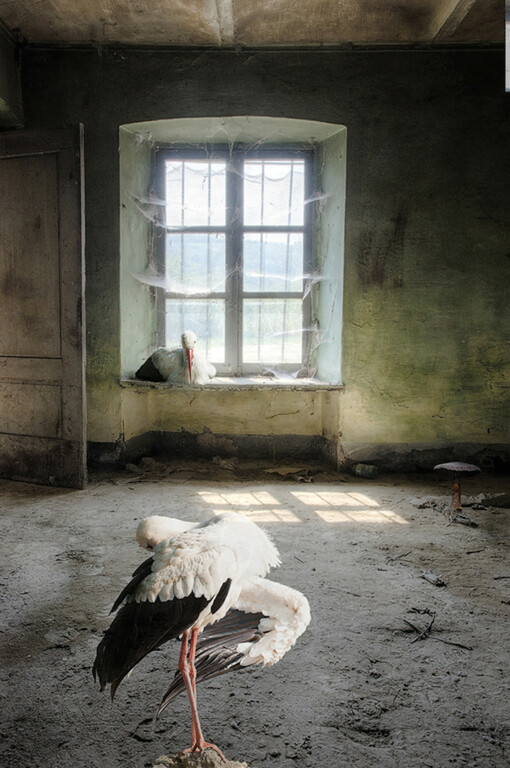 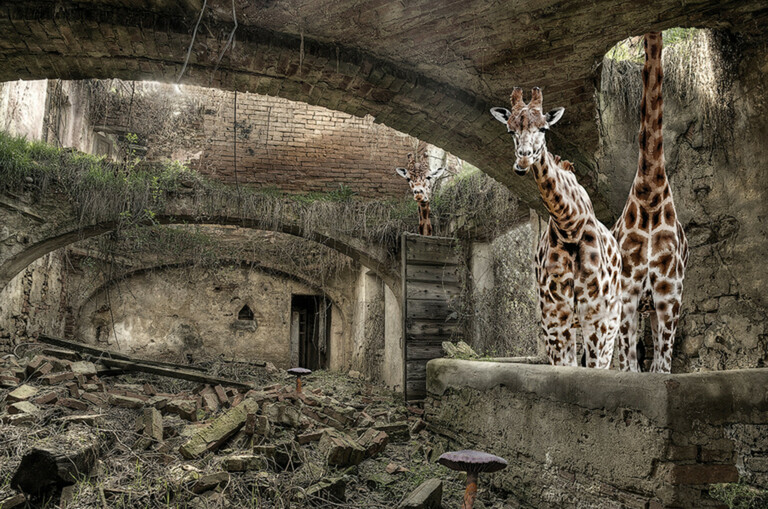 THE FANTASTIC STORY BY PAOLO VERGNANO

How did you take up photography?
«I have always had a fascination with photography. At the beginning I was mainly interested in the world of nature and animals, but now I am moving toward a more surreal and conceptual photographic style».
You have already gained several recognitions, right?
«Yes. This year, for instance, I was awarded the first prize at the photo contest Visions Collections, organised by the Malamegi Lab Art Foundation, and was also one of the forty finalists at the Sony World Photography Awards».
Let’s talk about the shots selected by Alidem. Are they all part of the same series?
«Yes, the series is called Stanze and I worked on it between 2013 and 2015. I gave a particular title to each shot, to inform the viewer about my personal interpretation of the picture».
What is the aim of your photographic research?
«Paul Gauguin believed that art was something abstract and that painting should not aim to be a faithful representation of reality. Thus, my work as a photographer is based on this same assumption, but as I do not like pictures that are not communicating anything, instead with my shots I try to tell a “story”».
Let’s start from the description of Stanza n.12 (il mio luogo inviolabile - my sacred place). What do you want to express through this shot?
«I really do not know why, but the farm where I took this picture made me think of a harem! In Arabic “harem” means “sacred place”. In this shot, you can see six female geese that look very different from the only male goose at the centre. Therefore, I imagined the male goose walking into the harem, welcomed with curiosity by the group of females. I took these shots many years ago in a park in Italy».
And what about Stanza n.13 (il mio momento - my moment)?
«The light coming through the window made me think of a stage where a ballerina is performing. In this case, the ballerina was a stork that seemed to be dancing, covered with its soft plumage, in front of the only two spectators in the room/theatre: another stork and the window. The stork is having a moment: everything is settled for the dancer to step up on the stage and start its exclusive performance. I also found and photographed these animals in a park in Italy».
Last but not least, Stanza n.14 (Hammam).
«I called this picture hammam because the tank where the giraffes were standing made me think of a hammam, from which these animals are looking at the viewer with great curiosity. I took this picture in South Africa».
Is there a common thread in your work?
«My work is mainly about nature, which is always the principal subject of my shots. I think of photography as a way to express my feelings through a story or a graphical representation. I could have used writing instead, but photography suits me better. My photographs also have something surreal and conceptual, but nonetheless they prevent viewers from inferring an independent interpretation because my titles also have a short description».
Are you inspired by any photographer?
«Not specifically, but I have always admired Man Ray. He was a photographer and an artist, and he used to say that he painted things that could not be photographed and photographed what could not be painted. I try to do both at once, and sometimes I manage to create a picture that really looks like an oil painting. In order to do so, I also use a particular photographic paper».
What are you working on now?
«I am currently working on a series called Cosa sognano gli alberi (What are trees dreaming of?). I undertook this project in the summer of 2014, and now I am working on the first printing tests. I photographed some trees in the winter and I tried to imagine what they could be dreaming of. I also put some butterflies along with the trees to represent the re-birth of life during springtime».
Interviews